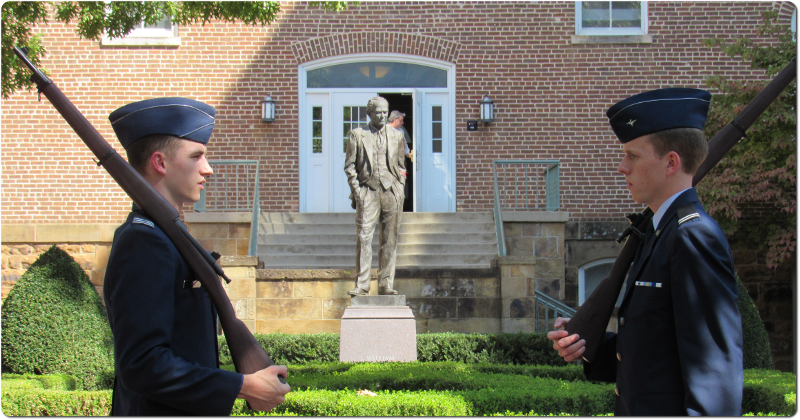 Integrity is a character trait, a willingness to do what is right even when no one is looking. It is the moral compass, the inner voice, the voice of self-control and the basis for the trust imperative in today's military. Integrity is the ability to hold together and properly regulate all of the elements of one's personality. A person of integrity acts on conviction, and controls impulses and appetites.

An Airman's and Space Professional's duties always take precedence over personal desires. At the very least, it includes the following behaviors:

EXCELLENCE IN ALL WE DO:

Every American Airman and Space Professional strives for continual improvement in self and service. Excellence in all we do directs us to develop a sustained passion for continuous improvement and innovation that will propel the Department of the Air Force into a long-term, upward spiral of accomplishment and performance.

The roots of the ROTC program at the University of Arkansas reach back more than 150 years. In 1862,  the Morrill Act required land-grant colleges to offer courses in military training.  Building on the Morrill Act of 1862, the National Defense Act (NDA) of 1916 created a formal Reserve Officer Training Corps (ROTC). The program as we know it today is founded on the NDA.

The years following World War II were a time of reorganization and variation for ROTC.

DISTINGUISHED GRADUATES FROM THE PROGRAM

Lieutenant General Bradley A. Heithold – Bachelor of Science in Physics (1981)